Prof. Charlotte Jacobsen, Professor and Head of the Research Group on Bioactive Substances – Analysis and Application at the National Food Institute, Technical University of Denmark, discusses how starfish and residues from various cod species can be a potential source of healthy omega-3 fatty acids

In the last two issues of this magazine I discussed how the marine raw materials currently used in the seafood and algae industry can be better used and thus help to reduce the ecological and climatic footprint of our food system. This was supported by reports on our research in the EU BBI JU project WaSeaBi on the use of side streams from the seafood industry (1) and in the VALSEA and PROVIDE projects on the multiple extraction of protein and carrageenan from seaweed (2) and. illustrates the subsequent conversion of the extracted proteins into functional peptides. In this issue, I am concerned with the possibility of using previously underutilized resources and raw materials to produce healthy marine oils.

Due to its health-promoting effects, the demand for marine oil for human consumption is increasing (approx. 6% sales growth per year). (3) Marine oils are known to have anti-inflammatory properties, beneficial effects on cardiovascular and vision, and contribute to the development of the nervous system. Fish oil is also an important ingredient in fish feed for farmed fish. Aquaculture is the fastest growing primary production sector with a growth rate of around 6% / year. The current supply of fish oil from traditional fish species such as sandeel, sardines and anchovies cannot sustainably meet the demand for fish oil for human consumption and aquaculture. (4) To support the sustainable growth of these sectors, new sustainable raw materials are needed to produce oils rich in long-chain omega-3 PUFAs.

Starfish as a new source of omega-3 fatty acids

Starfish are considered pests in the mussel industry because they eat mussels that are otherwise harvested for commercial purposes. Starfish populations appear to be increasing in areas with commercial mussel farming. A current study determined the seasonal fluctuations in the fat and crude protein content as well as the amino acid composition regardless of the size of the starfish. A clear seasonal variation was observed in the crude protein content, but not in the fat content. (5) It was concluded that medium and large starfish caught between February and May are suitable as feed for pigs and poultry. The commercial production of protein-rich starfish meal for these applications is now well established in Denmark. (6)

Table 1. Biofunctional compounds in the fat extracted from starfish powder compared to
different omega-3 oils on the market

In a recent study, we examined the seasonal variations in the content and composition of the fat in starfish meal. We found that the starfish meal was about 10-13% fat with a beneficial chemical composition (Table 1). The fat is rich in long-chain omega-3 fatty acids, which are bound to triglycerides or phospholipids, and also contains the color astaxanthin. About 30% of the healthy omega-3 fatty acids eicosapentaenoic acid (EPA) and docosahexaenoic acid (DHA) in starfish were found in the phospholipid fraction. In addition to the fatty acids they contain, phospholipids themselves have a health-promoting effect. For example, phospholipids have been suggested for treating inflammatory diseases in order to regulate the inflammatory response. (7) 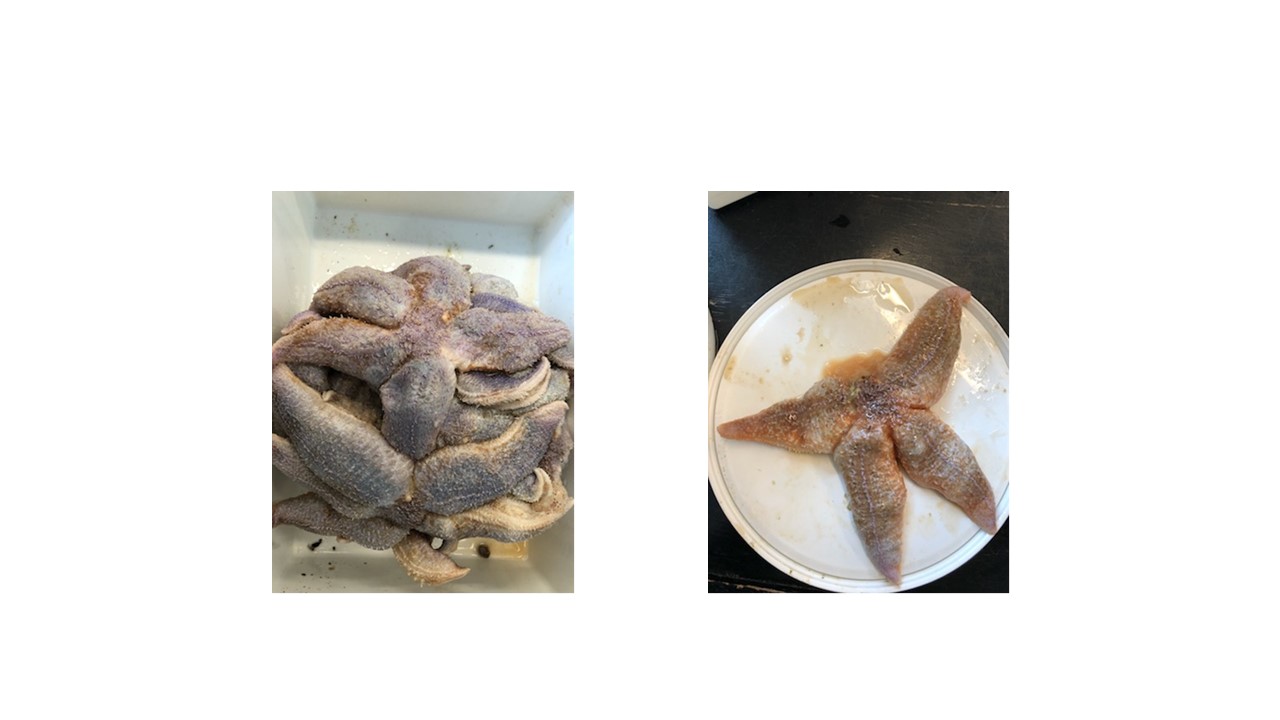 Regular fish oils made from cod liver oil, sardines, anchovies, etc. do not contain phospholipids. In contrast, krill oils are rich in phospholipids. Similar to krill oils, starfish fat contains astaxanthin, albeit in smaller amounts. Astaxanthin is a powerful antioxidant and is used in nutritional supplements. It is clear from these data that sea oil derived from starfish meal could be a new source of omega-3 PUFA with different properties than normal fish oil.

Table 2. Change in lipid, EPA and DHA levels in cod livers over 21 months

In our study, we also examined whether the oil can be obtained from starfish by heating and mechanical separation in a process similar to that used to extract fish oil from sandeel, sardines and anchovies. This was not possible due to the high content of phospholipids. We have also tried to increase the oil extraction yield using enzyme-assisted extraction, but to no avail. However, preliminary tests with supercritical CO2 extraction of the oil were very promising.

Liver shedding as a new source of omega-3 fatty acids

According to Statistic Denmark, around 33,000 tonnes of cod species were caught in Denmark in 2017. Cod, hake, ling, saithe and monkfish livers are currently being disposed of on board the fishing vessel, even though they contain healthy, valuable long-chain omega fatty acids. 3 fatty acids.

To assess whether these discarded livers could possibly be used as a new source of omega-3 PUFA, we determined the seasonal variations in their oil content and composition. If the livers are to be used as edible oil, the quality should be as good as possible. Therefore, we also examined the quality of the liver when it is either stored on ice or frozen on board the ship until it arrives at port. The quality was assessed by determining the peroxide value and the free fatty acid (FFA) content of the liver. Interestingly, the storage conditions showed no significant influence on the quality and oil composition of the livers.

In general, the oil content and composition of the livers of the five species varied during the two-year sampling period, with significantly lower values ​​for oil and omega-3 fatty acids in spring (March, April) and higher values ​​in autumn (November). , October). The variation in the mean oil, EPA and DHA content of the liver is shown in Table 2. Monkfish had the lowest oil content and also had a relatively high level of FFA (not shown).

Therefore, it appears to be less suitable for the production of omega-3 oil for human consumption than the livers of the other species. Pollack is also considered less suitable due to fluctuations in the oil composition during the sampling period, which may make it difficult to obtain a standardized quality in the production of liver oil. Cod and hake (and sometimes ling as well) are therefore very suitable for fish liver oil production. This should be explored further.

The demand for omega-3 oils for human consumption and aquaculture will continue to grow in the coming decades due to increasing populations around the world. The need cannot be met by extracting oil from industrial fish species such as sandeel, menhaden and sardines. The starfish is a promising new source of omega-3 oils that may have other benefits than the mere omega-3 PUFA as it also contains astaxanthin and phospholipids.

Further research is needed to develop efficient oil recovery processes. Supercritical CO2 extraction is a promising green technology for this. Cod, hake and ling livers currently being disposed of at sea are other raw materials with high potential for conversion into liver oils, which are rich in omega-3 PUFA. Logistical solutions have to be developed to collect the livers and to transport and store them in such a way that an economically viable production of omega-3 oils can be maintained. The current solution to dumping the liver at sea is clearly unsustainable given the need for more omega-3 oils.

Please note: this is a commercial profile

How one can Dwell Longer: Including omega-3s to your weight loss plan can enhance longevity

To Stay Longer, Eat Meals Excessive in Omega-3s (However You Should Give up Smoking As Properly)

A weight loss program low in omega-3 meals can scale back life expectancy much more than smoking: Examine

Is a low-omega-3 weight-reduction plan worse than smoking?

Are you on a vegan weight loss program? Enhance your...

Omega3Benefits - May 12, 2021 0
Eating a vegan diet can help you maintain a healthy weightHighlightsVegan eating can help you promote heart health Do not forget to add nuts to...

Irritable? Here is how you can get plant-based omega-3 fatty...

In line with a research, omega-3 supplements enhance sleep in individuals...

May 23, 2021
© All Right Reserved By Omega3benefitsforlife.com
MORE STORIES
Omega 3 Foods

5 Causes You Should Embrace Omega-3 In Your Food plan